Many of you will share the Liberal Democrats dismay at two events in the last two weeks that have made us feel ashamed of our great country.

First of all our fantastic England football team who gave it their all for 120 minutes only falling at the last hurdle. We had made it to a major final for the first time since 1966, a massive achievement. We should have celebrated our lads for their passion, effort and hope. Instead, Marcus Rashford, Bukayo Ayoyinka T. M. Saka and Jadon Malik Sancho all received offensive and abusive social media posts including death threats. Marcus, a man who has championed the abolition of child poverty and invested his own money in many philanthropic causes, Bukayo a young man of 19 whose name means “adds to happiness” in Yoruba the language of his parents and Jadon who in 2020 wore a shirt supporting Justice for George Floyd. Instead of celebrating and supporting their massive contributions to our society and the positive influence they have on so many young people we abuse them. Not for missing the goal but because of the colour of their skin. As Marcus Rashford said “I can take critique of my performance all day long, my penalty was not good enough, it should have gone in but I will never apologise for who I am and where I came from. I’ve felt no prouder moment than wearing those three lions on my chest and seeing my family cheer me on in a crowd of 10s of thousands.”

Secondly, the Government brought forward their cut to International Aid. A cut which the previous Conservative Prime Minister Theresa May described as “not about palaces for dictators and vanity projects, it’s about what cuts to funding mean – that fewer girls will be educated, more girls and boys will become slaves, more children will go hungry and more of the poorest people in the world will die.”

The conservative manifesto said that they were “proud of their record of reducing global poverty, the Conservative Party has once again committed itself to spending 0.7{2e1c0bd32393c903b64d7fb0eca3191694fa95b64d913c9cdda75c70ebe88610} of the country’s gross national income on aid and development, along with the law that protects it.”

In the debate Andrew Mitchell (Conservative, Sutton Coldfield) said “And, frankly, it will have quite a strong impact on the Conservative Party who will have been seen to have broken their promise in this very important area and be balancing the books on the backs of the world’s poorest people.”

People in Worcestershire have a proud record of supporting people from around the world who have suffered persecution, war and trauma. Across the County we have “Welcome” groups who support Syrian refugees and soon to support Afghan interpreters who supported our brave young men and women who fought in Afghanistan are active and well supported.

We believe that this vote is reprehensible. The Bishop of Worcester has spoken out against it, the West Worcestershire Conservative MP voted against it and all Liberal Democrat MPs voted against it. It is the wrong message to send to the world at a time when soft power, aid, is increasingly being used by China and Russia to gain influence. Liberal Democrats in Worcester City and Worcestershire will work tirelessly to ensure that this reduction in aid is short lived and work through our MPs, Councillors and others to see it reintroduced as early as possible. 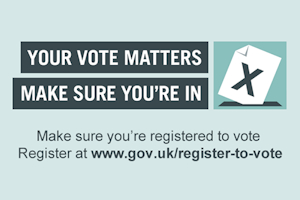 Copyright © 2022 Worcester Liberal Democrats - WordPress Theme : by Sparkle Themes
We use cookies on our website to give you the most relevant experience by remembering your preferences and repeat visits. By clicking “Accept”, you consent to the use of ALL the cookies.
Cookie settingsACCEPT
Manage consent

This website uses cookies to improve your experience while you navigate through the website. Out of these, the cookies that are categorized as necessary are stored on your browser as they are essential for the working of basic functionalities of the website. We also use third-party cookies that help us analyze and understand how you use this website. These cookies will be stored in your browser only with your consent. You also have the option to opt-out of these cookies. But opting out of some of these cookies may affect your browsing experience.
Necessary Always Enabled
Necessary cookies are absolutely essential for the website to function properly. These cookies ensure basic functionalities and security features of the website, anonymously.
Functional
Functional cookies help to perform certain functionalities like sharing the content of the website on social media platforms, collect feedbacks, and other third-party features.
Performance
Performance cookies are used to understand and analyze the key performance indexes of the website which helps in delivering a better user experience for the visitors.
Analytics
Analytical cookies are used to understand how visitors interact with the website. These cookies help provide information on metrics the number of visitors, bounce rate, traffic source, etc.
Advertisement
Advertisement cookies are used to provide visitors with relevant ads and marketing campaigns. These cookies track visitors across websites and collect information to provide customized ads.
Others
Other uncategorized cookies are those that are being analyzed and have not been classified into a category as yet.
SAVE & ACCEPT
Powered by